Above: A screencap from the props featurette which appeared on the first Blu-ray edition of Minority Report showing various items from the film. The lenticular ID and Personna credit card offered below are visible.

Description: A John Anderton lenticular Precrime ID card created for the production that was eventually discarded when it was decided that iris scans would be the predominant method employed to identify individuals throughout the film. Using the eye scans maintained the importance of the eye in the storyline, and had the interesting additional function of tying this tale back to the central eye theme in Philip K. Dick's other famous book, Do Androids Dream of Electric Sheep, which was turned into the cult film, Blade Runner.

The card is made of special lenticular lens backed by six transparent images and a white final layer that create a six-frame animation as the card is tilted from side-to-side. John Anderton's face moves from left-to-right or right-to-left with the last image in the sequence displaying the Precrime logo. 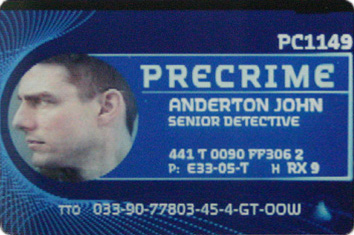 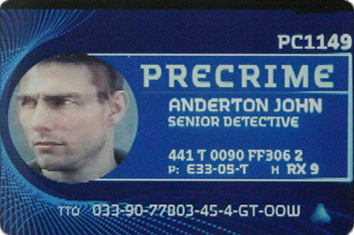 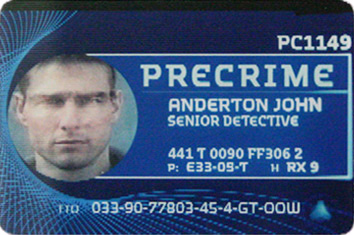 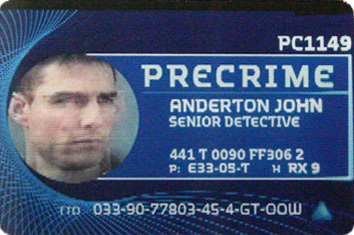 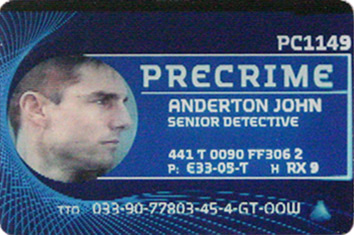 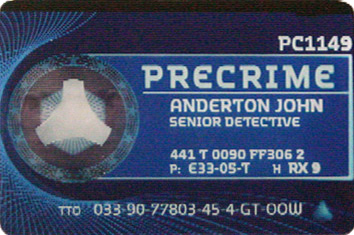 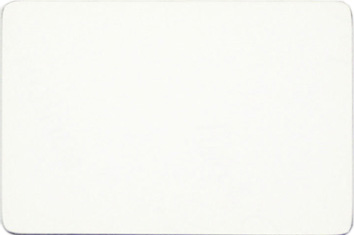 Above: A screencap from the film showing Dr. Eddy evaluating his payment for the eye transplant surgery he is about to perform on John Anderton.

Description: A John Anderton lenticular Personna credit card employed by the hero of the movie in order to pay for the operation that replaces his eyes. A prop exactly like this one is clearly visible on-screen when the senior detective visits the questionable Dr. Eddy in The Sprawl and presents this card in order to proceed with the clandestine surgery. This allows Anderton to eventually move more freely and escape detection by the iris-scanning devices found throughout Washington, DC of 2054.

Several lenticular Personna cards were produced for the film. Only a few were actually screen-used. The prop for sale here was not employed on-screen

Some cards show Anderton's face on the left, while others display the detective's face on the right. The unit seen in the film is configured like the one displayed above.

The translucent card is made of a special lenticular lens backed by six transparent images that create a six-frame animation as the card is tilted from ide-to-side. John Anderton's face moves from left-to-right or right-to-left while various details on the card animate. The actual value of the card (23,990.03) comes into focus at the end of the sequence as well. 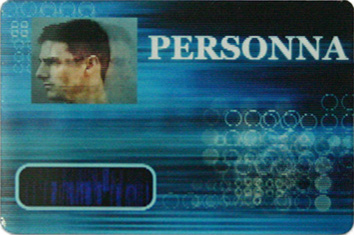 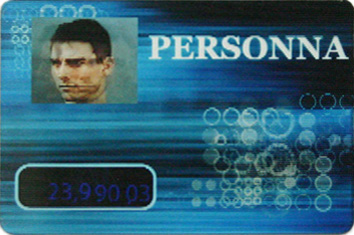 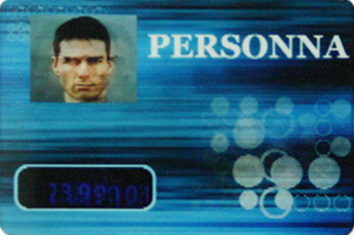 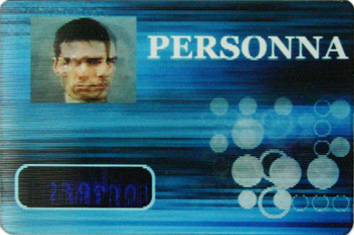 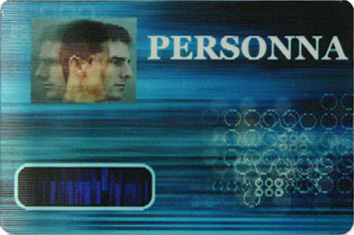 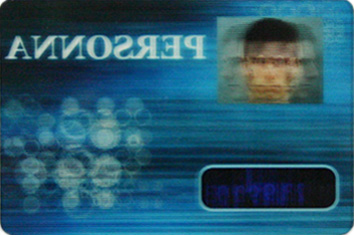 Description: A Tokyo premiere Precrime detective badge that was originally commissioned for the movie, but was not delivered in time to be used in the film. It is also very possible, as in the case of the lenticular IDs, that the idea of a badge was discarded when it was decided that iris scans would be used instead identify individuals.

The badge is made of a brightly chromed metal with indented lettering that has been enameled in blue. There is an attachment pin in the rear.